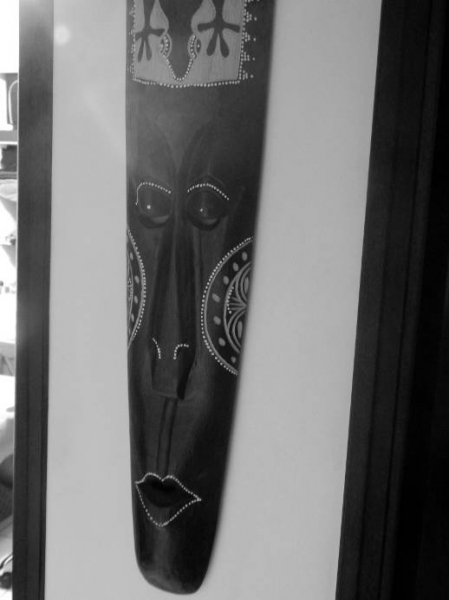 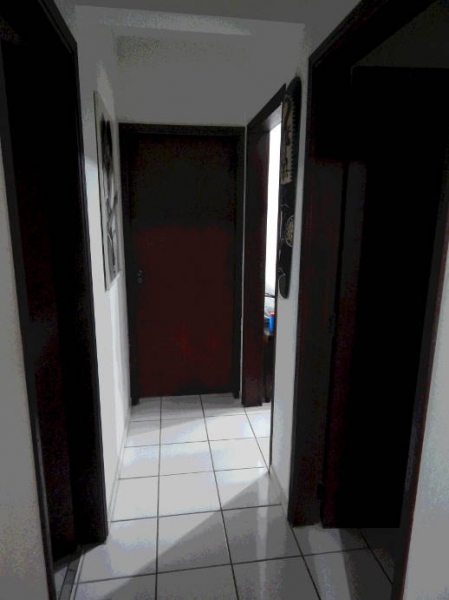 I have a nice "carranca" (or wall mask) from Chile that stands in my corridor. It's a very beautiful decorative mask that I liked from the very first moment I saw it at the shop. Few weeks ago I wondered if I could bring it to life by adding a motion sensor and some lights in it, since it has three convenient holes (two for the eyes and one for the mouth) and enough space on the back for housing wires, batteries and stuff.

The circuit that I had in mind for my ATtiny has very simple: a digital signal from a PIR motion sensor would come in one pin, another pin would send a digital signal out for the lights. At the end, the only change I made was to use two different pins for the eye-lights: a PWM one for the left eye, another PWM one for the right eye. (PWM so I could fade LEDs in and out, and independently from each other).

Another thing that I had clear is that I was going to use interruptions and power-save-mode for saving me the trouble of switching battery every day.

As shown on the picture on the right, I used 3 neon LEDs for each eye. There's some interesting to point out here: I had to aim the LEDs straight towards the wall so it could reflect the light and make it visible from in front of the mask (if I aimed the LED downward or straight to the mouth's hole, it would not work).

I'm using a small 3V 180mAh battery taken from a broken IR-radio-controlled helicopter from about over a month by now and it's still shining bright. 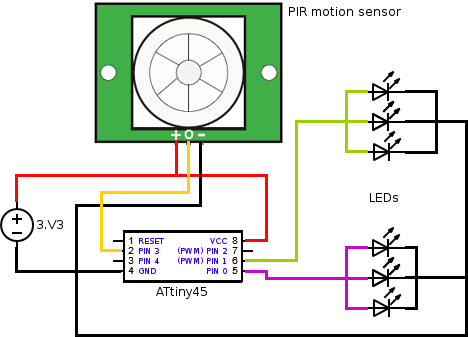